The first Monson House was opened in the 1880s by Vincent (Bossy) Monson at 24 Bay Street. The structure was replaced twice in the 20th century after devastating fires and was eventually renamed the Monson Hotel and then the Monson Motor Lodge. In addition to the rented rooms, Monson offered tourists a chance to sail to the lighthouse on one of four yachts anchored near the club house. Monson was the grandson of Antonia Paula Bonelly and brother of Ameila Monson and grew up at 56 Marine Street. Long after the family sold its interest in the business, the Monson became a landmark of the American Civil Rights Movement. Dr Martin Luther King Jr was arrested on the steps of the Monson motel restaurant, June 11, 1964. Days later, black and white activists jumped into the Monson swimming pool in violation of segregation ordinances, leading the manager of the hotel to pour muriatic acid into the water to burn them. Photographs of this action, and of a police officer jumping into the pool to arrest the young activists, were broadcast around the world and became some of the most famous images of the Movement. The Monson was demolished in 2003 and is now the site of the Hilton Bayfront Hotel. 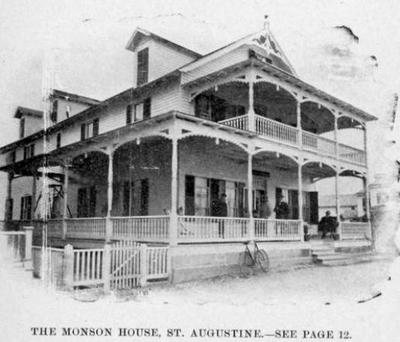 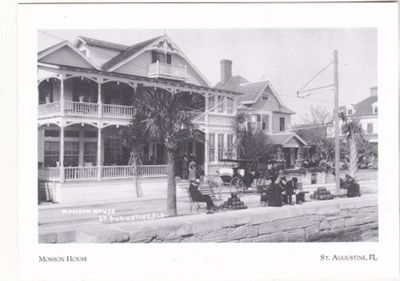 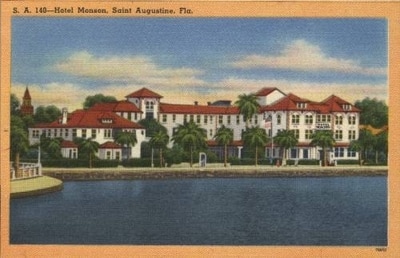 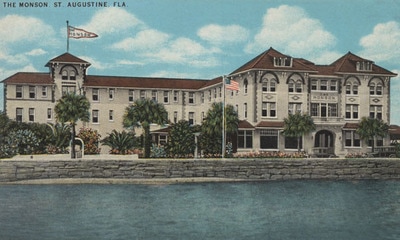 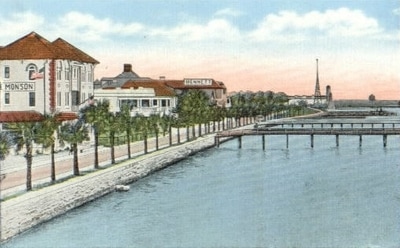 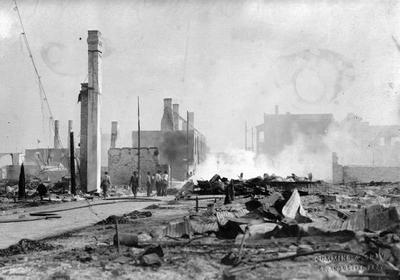 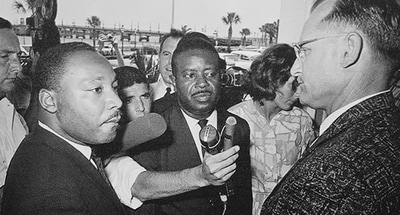 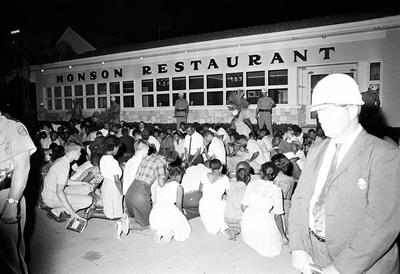 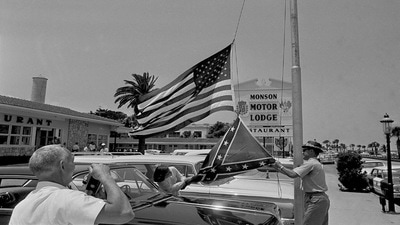 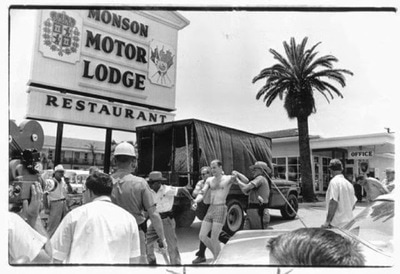 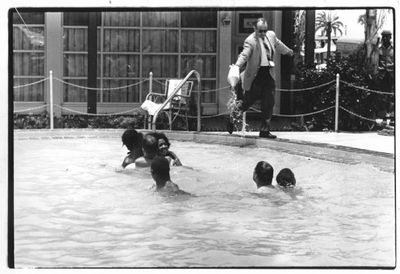 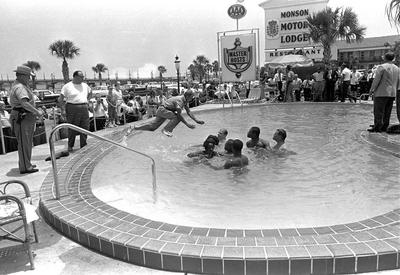 Capo's Bath House occupied an octagonal-shaped building located on a bay pier near 20 Bay Street across from Baya Lane as early as 1885 and throughout the Flagler Era. The facility provided hot and cold sea water, sulfur water baths, and shower baths "in the season." The proprietor was Philip V Capo, who was a Saint Augustine native born in 1844, and was descended from a Minorcan family. Capo's Bath House was destroyed in the 1914 fire that consumed Genovar Opera House, Hotel Clairmont, Monson House, and the County Court House. Adolphus Pacetty indicated in the City Directories that he was manager of Capo's Boat House in 1904 and proprietor of Capo's Bath House  in 1907—the differences possibly suggesting divisions in management (boats vs baths), or a transcription error. Proprietor at Capo's was the last profession in Pacetty's eclectic career, and he passed away in 1913 before the fire. 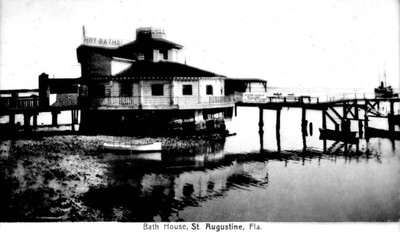 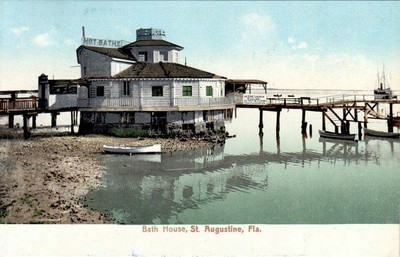 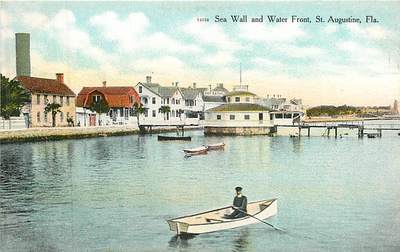 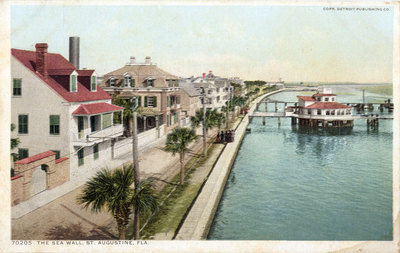 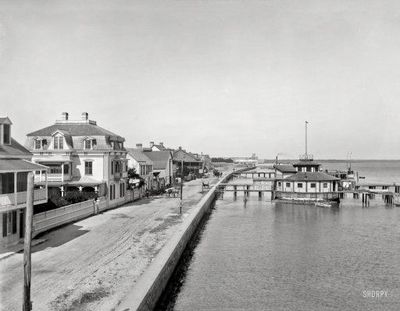 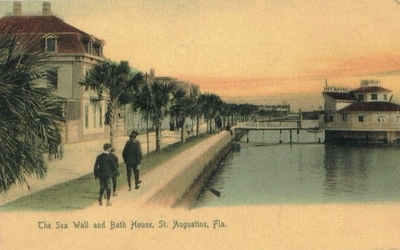 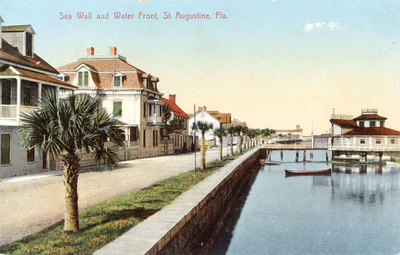 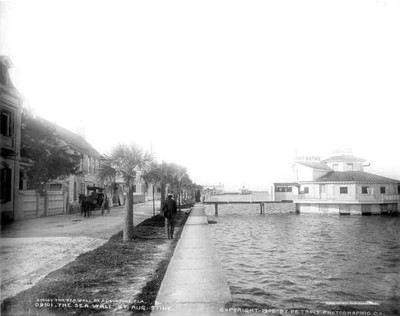 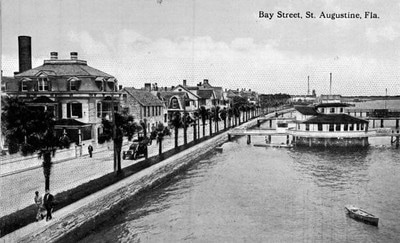 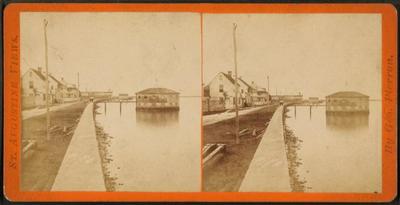 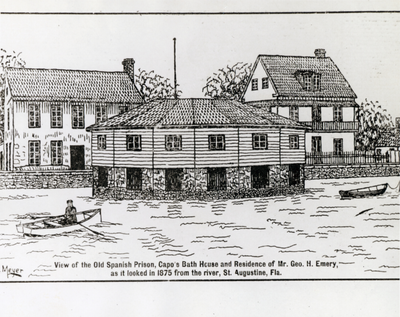 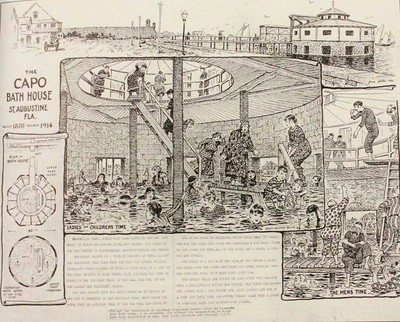 A note on spelling and proper names